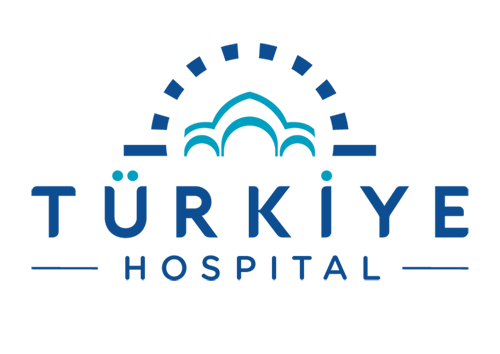 Influenza is a highly contagious respiratory disease that is common during the year, usually from October to late March to early April. There are three subtypes of influenza viruses, Influenza A, B, C, which are the causative agents of seasonal flu disease. Influenza viruses, are constantly changing and viruses can be quite different year by year.

Influenza is a highly contagious respiratory disease that is common during the year, usually from October to late March to early April. It is a process that is expected to increase the number of sick people in these months. This situation should not be considered as an epidemic, but should be considered as the active period of seasonal flu disease.

As in humans, every living thing has its own flu viruses, and bird flu is the best known example of this among the public. Influenza viruses belonging to other living things are not expected to make people sick. However, as with the swine flu epidemic experienced by the whole world in 2009, influenza viruses in animals can gain transmission characteristics to humans and cause a pandemic that affects the whole world. However, viruses such as swine flu viruses transmitted from pigs to humans lose their power to cause an epidemic that will affect the whole world within a few years, and take their place among seasonal influenza agents in the following years.

Influenza viruses can easily be transmitted from sick person to other people, and the disease reaches its peak during the winter months, when people spend more time indoors. Influenza virus is spread around by the behavior of people who are sick, such as talking, coughing and sneezing. Droplets containing the virus are transmitted to the mouth, nose and eye mucous membranes of people who are 1 meter or closer to the sick person. More rarely, it can be transmitted by people first touching surfaces, tools and equipment contaminated with virus-containing droplets with their hands and then taking their hands to their mouth, nose or eyes. 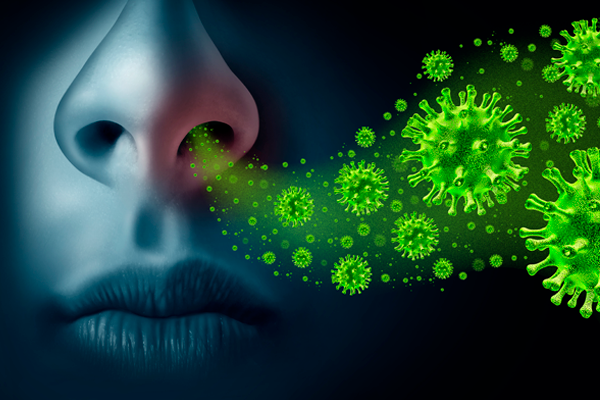 In order to prevent the disease, one should stay away from crowded and closed environments as much as possible during the flu season, try not to contact, hug or shake hands with sick people, wash hands frequently and pay more attention to personal hygiene rules. The use of masks, especially by people who are sick, significantly reduces the spread of the virus. During periods when the frequency of the disease increases, it is beneficial for healthy people to wear masks in crowded environments.

The flu is mild in many people and these people recover completely within a few days. However, it has a severe course in risk groups such as the elderly, early childhood, pregnant women and those with chronic diseases, and may cause hospitalizations and even death. The most obvious signs of the disease are; sudden onset of fever, cough, headache, muscle aches, weakness, loss of appetite, vomiting, diarrhea. Contagion may occur one day before the symptoms of the disease begin, and the risk of spreading it continues in this way for up to five days.

Sick people should not use medication without the advice of a physician. Influenza is a curable disease, but studies emphasize the importance of starting treatment as early as possible. It should be known that the treatment started within the first 48 hours after the onset of the disease symptoms is more effective. In addition, people with flu should take plenty of fluids, pay attention to their diet, wash their hands frequently , cover their mouth with a paper tissue when coughing and sneezing, and if there is no tissue, they should rest at home for a few days.

It has been shown by scientific studies in the world that the most effective way to protect against the flu is vaccination. For this reason, it is recommended that people in the risk group where the disease progresses severely and even deaths can be seen before and during the flu season, to have the flu vaccine. In our country, as in other countries, flu vaccines are given free of charge by the Ministry of Health to people in the risk group every year, with a physician's prescription. The vaccine can be administered as a single dose after 9 years of age. In children aged 6 months to 9 years, two doses, one month apart, are sufficient. For those who have had the flu vaccine in previous years, only a single reminder dose is sufficient. In recent years, flu vaccines containing 4 subgroups have been made and should be administered as a full dose at all ages. Its protection varies between 50-80%. The protection of the vaccine against the undesirable consequences of the disease is much higher. Since the vaccine contains a dead virus, there is no possibility of causing disease contrary to what is thought.

In recent weeks, there has been an increase in the number of patients with influenza in our country, as in the countries in Europe and the Northern hemisphere, and the increase may continue. The increase in the number of flu patients is a normal situation, and when we compare it with the past flu seasons, it seems to be similar. The dominant influenza virus circulating in our country is the influenza A(H3N2) virus. However, other respiratory viruses that cause flu-like illnesses are also present in the circulation at high levels. Therefore, not every respiratory problem should be perceived as the flu. It is necessary to distinguish it from milder flu-like conditions by performing appropriate tests . Unless a bacterial infection is added to it, there is no place for antibiotic treatment.

As a result, mask distance, hygiene and proper ventilation of the environment are very important protective measures here, as in Covid19 infection. Timely vaccination of people in the risk group and initiation of treatment as soon as possible in case of illness are very important in preventing undesirable results.